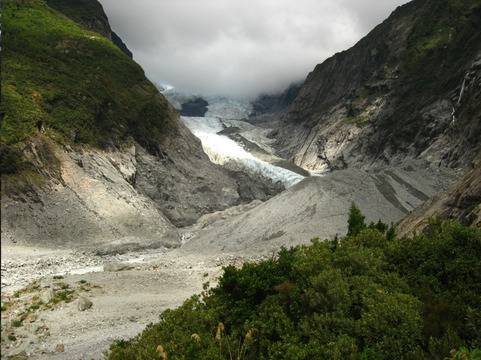 Climate change: A study from the Antarctic Research Centre at Victoria University has shown that some of our best-loved glaciers are retreating as a result of climate change.

According to the research, the Franz Josef Glacier shrunk by three kilometers last century and could wind up seven or eight times shorter than its current length by 2100.

Dr. Brian Anderson, a senior research fellow at the Antarctic Research Centre, said that climate change and the warmer, wetter weather associated with it would see both the Franz Josef and Fox glaciers retreating.

The research revealed an erratic pattern of glacial retreat and advancement, which left scientists puzzled, however when the data was analysed it exposed a definite pattern of long-term retreat.

The overall volumes of ice in these glaciers are set to decrease by 60 per cent by the end of this...
Прочети цялата публикация

On average, global temperatures have already increased by 0.8 °C (degrees Celsius) since the onset of...

How To Change Engine Oil

How To Change Engine Oil

The engine oil lubricates and cools down the engine components, thereby preventing them from premature wear. When the engine operates, the pistons and other components generate friction due to their movement, which increases at high engine...

How to Shrink a Human Head

To view this video please enable JavaScript, and consider upgrading to a web browser that supports HTML5 video How to Shrink a Human Head

Piers Gibbon learns from a local priest how the Shuar people's head shrinking ceremony might have...

A dynamic 12-part course by an acclaimed mentor to millionaires — Dr. Jill Ammon-Wexler.

Normally sells for $89, now FREE for a limited time only. Immediately avoid the #1 mistake of both Law of...

To view this video please enable JavaScript, and consider upgrading to a web browser that supports HTML5 video Adele - Set Fire To The Rain (Live)