The 6 Best 2012 Apocalypse Theories (Are All Bullshit) 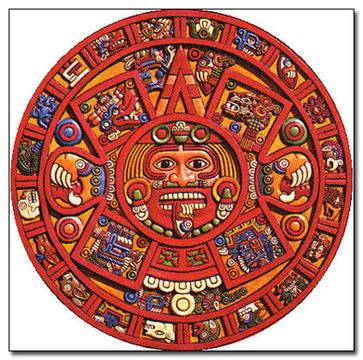 You may have noticed a recent trend of trying to fit every hackneyed doomsday prophecy into the same red-letter year of 2012. The theories are obtuse, their connections are flimsy and the perceived consequences are completely unsubstantiated.

Unsurprisingly, these prophecies are enormously popular.

The Mayans are probably the most-quoted of the 2012 doom prophecies, and can perhaps be credited with getting the whole fad started.

Back when they were an advanced civilization living in Mexico's Yucatan Peninsula about 3,000 years ago, they developed around 15 to 20 calendars, all with a slightly different purpose: the Tzolk'in was used to calculate crop cultivation, the Haab followed the cycles of the sun and the Long Count ticked off the harrowing last days until face-bursting ultimate destruction.

It's all fairly self-explanatory.

The Long Count calculates a period of time known as the Great Cycle, which is a count of about...
Прочети цялата публикация

Цветно: "The Kids Are All Right"

What are the Best Exercises for Thighs

To get thinner thighs is the dream of anybody who wants to sculpt his/her body. I belive that exercises are the most effective way to draw nice and lean legs. Here are some easy exercises I personally like. Hip extension – lie down on the mat on you left side. Relax your left leg with slightly...

Healthy Diet: What are the best foods for the summer?

The hot weather is not always conducive to not eating, but in order to be in good condition, we should eat frequent but small meals. An apple or handful of berries will provide the necessary for the body  carbohydrates. This way you can replace one of the main meals.

The best videos all in one space

CINEMA NEWSWALKER: "Децата са добре" ("The Kids Are All Right")

skip to main | skip to sidebar

Michael Jackson - All The Things You Are текст

Which Are The Best Water Softeners In 2015

Hi, my name is Dave and I welcome you to my new website dedicated to the best and most efficient water softeners. As a matter of fact, water is indispensable in everyone’s life and still among the most ignored gifts from nature. We drink it, bath in it, and use it to clean our clothes and...