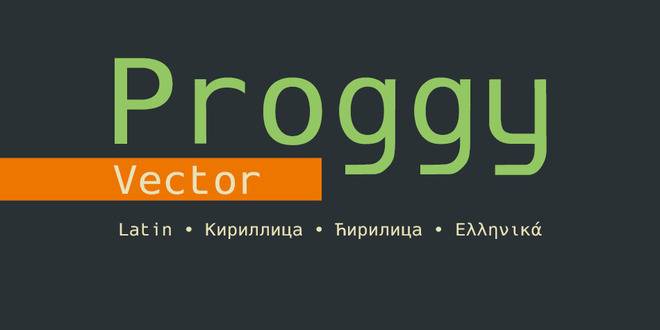 “Proggy Vector is a modified version of the Hack Font. The modifications were made using the Bird Font editor. Both the modifications made by SourceFoundry for Hack and my subsequent modifications are licensed under MIT.   The web format woff file was generated by importing the otf into FontForge and exporting. I have also included the BirdFont (.birdfont) project file in case anyone would like to make further edits.   Windows appears to do a better job rendering ttf fonts over otf versions (even though otf supports cubic beziers which should not be approximations of the authored curves). Point size 10 of the ttf works well for me in Visual Studio.” (Tristan Grimmer)
Прочети цялата публикация

High resolution vector bamboo composition available for free download and royalty free copyrights. The file format is Illustrator CS5 with some additional effects like Phantasm. In the package is not included a flattened...

Learn how to create a vector version of a raster or bitmap image:

Vector images can be made through vector imaging software such as Adobe Illustrator, Corel Draw and Macromedia Freehand among others. Here I am going to show you how to make vector image from raster using Illustrator Pen Tool,...

You can store your digital images in any format you choose. The manner in which you record your data gives you leeway to change the image. Your monitor stores images as pixels of various colors. Raster images can be edited with the help of a bitmap editor, which helps change the pixels. Vector...

Welcome to FreeVectors.net, a fun little community of vector lovers who share free vector graphics. All the images on this site are free to use for personal use and most of them can be used commercially. If you choose to use a vector please leave a...

I am a huge fan of cartoons and animation, and I love cute and illustrative vectors for web designs. Every time I saw a good and interesting vector graphic that appeals to me, I would click it and collect it in my own favorite vector files, which has long been my greatest assets in any later...