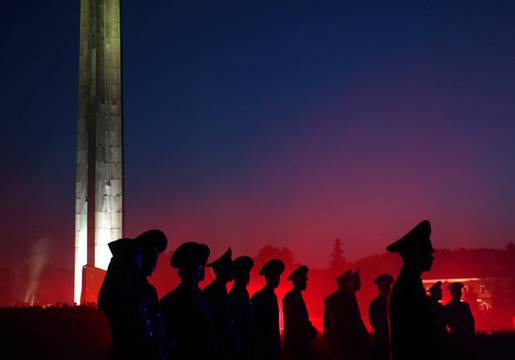 Russia and countries in the former USSR have marked the 70th anniversary of the invasion of the Soviet Union by Nazi Germany. The German Wehrmacht launched Operation Barbarossa in the early hours of June 22, 1941, and swept through vast tracts of Soviet territory almost to the point of taking Moscow before finally suffering defeats over the winter.

Members of a military band prepare to participate in a memorial ceremony at the Brest fortress in Belarus, marking the 70th anniversary of the Nazi invasion of the Soviet Union

Maastricht – the birthplace of the European Union

Among the many cities with long history and traditions in Europe, Maastricht, the capital of the Limburg province in the Netherlands, is particularly significant. Some specialist consider Maastricht as the oldest Dutch city – the Celts inhabited it as early as 500 BC, and near the city were...

Transport: transfers by a private car

Intellectual Property Planet: A registration of the cover of the book as a trademark in Germany, not always - Регистрация на...

Ceremonies marking the 13th anniversary of the , 9/11 terror attacks for survivors and victims' families in New York and...

September 11 anniversary: Video graphic of the attack on Manhattan

The Importance of Antioxidants in the Diet

The Value Of Antioxidants

Antioxidants have wide ranging abilities, including their...