Steve Jobs leaves behind product legacy that will last for years 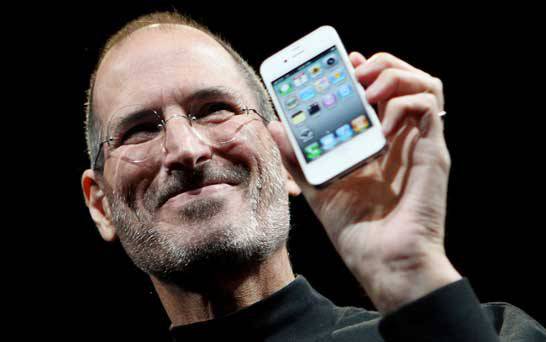 Interbrand, the world’s largest brand consultancy said that the value of the Apple brand, recently estimated at $33.5 billion (£21.6 billion), could rise by as much as $670 million (£433 million) due to the publicity and impulse purchases sparked by the billionaire’s death.

News of Jobs’s death, despite the seriousness of his illness being well known, has shocked fans around the world. Devotees likened his legacy to that of Thomas Edison, Henry Ford and even Leonardo da Vinci.

In China web users posted almost 35 million online tributes while on Twitter one of the most repeated messages talked about how three apples changed the world: “The one that Eve ate, the one that dropped on Newton’s head and the one that Steve built.”

Bill Gates, the founder of Microsoft, said: "The world rarely sees someone who has had the profound impact Steve has had, the effects of which will be felt for many generations to come."

Steve Jobs: the five Apple products 'that changed the world'

The first iPod was available in 5GB and 10 GB models and could hold up to 1,000 songs. The name iPod for a personal music player was coined by Apple copywriter Vinnie Chieco who supposedly got the idea after watching the pods in 2001: A space Odyssey.

Steve Jobs was a truly inspiring man whose beliefs and practices have inspired many people.

Following are the top nine most inspiring lessons I have learned from Steve Jobs:

At a young age, Steve Jobs learned a valuable lesson from his father: to craft...

Make Health Last. What will your last 10 years look like?

To view this video please enable JavaScript, and consider upgrading to a web browser that supports HTML5 video Make Health Last. What will your last 10 years look like?

The Heart and Stroke Foundation asks: What will your last 10 years...

Over a million people from all over the world have shared their memories, thoughts, and feelings about Steve. One...

Solutions for a Toilet Flapper That Will Not Close

If your toilet flapper didn’t close, the subsequent manifestation would be a twofold flush in the toilet bowl. At the point when the flapper won’t close, the cause could be:

a). The flapper adheres to the over stream pipe; the flapper is repaired against the flood pipe and not weaving...