'Darling, I've just had an accident': The amazing calm of the airline pilot who landed on the Hudson River 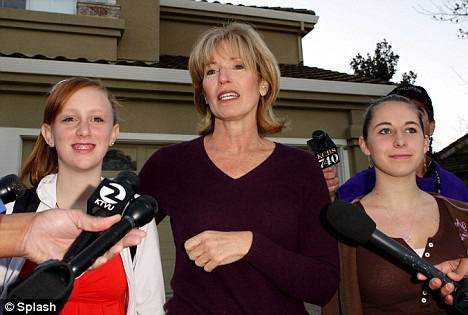 'Darling, I've just had an accident': The amazing calm of the airline pilot who landed on the Hudson River

The man who saved 155 lives in the Miracle on the Hudson has been revealed as a master not only of flying, but also of understatement.

A passenger who shared a life raft with Captain Chesley B. Sullenberger III told how he emotionally thanked the pilot on behalf of all the survivors.

The reply was simply: 'You're welcome.'

So proud: Lorraine Sullenberger, flanked by daughters Kate, right, and Kelly, left, fights back tears of pride for her husband as she spoke to the media yesterday

Escape: Passengers had no option but to stand on the plane's wings in the immediate aftermath of the crash

Once ashore, the captain, a father of two teenage daughters, phoned his wife Lorraine at home in California to tell her: 'There's been an accident,...
Прочети цялата публикация

The Messenger Bag – An Amazing Mix of Fashion and Comfort

Handbags are a major fashion statement today. No look is complete without a trendy bag to go along with it. But handbag is not just a handbag anymore; it has evolved into a must have fashion accessory for all. Handbags are available in various forms such as satchels, hobo bags, messenger bags,...

(Chinese) Boat on the river

Living Well on the Willamette River

We are an independent, nonprofit retirement community located in Milwaukie, Oregon only a few miles from Gladstone, Marylhurst, Tualatin, Oregon City, and West Linn. Our community is dedicated to providing a high value for seniors...

Don't look down: The incredible daredevil who balances on the edge of 1,000ft cliffs

Don't look down: The incredible daredevil who balances on the edge of 1,000ft cliffs

It's the ultimate balancing act  -  travelling upside-down on a bicycle 1,000 metres above an icy Norwegian fjord, with just a weight...